This post is Part 2 of a long article, we suggest you read Part 1 first, and you can download the fact sheet we are looking at from this page. We are up to the ‘further reading’ section at the end of the fact sheet, we’ll now take up where we left off:

The fact sheet supplies 5 references for further reading. Let’s see if we can find something about vaccines and autism on these pages…. [Read More] 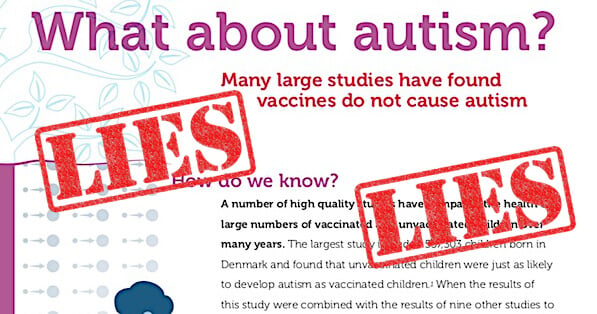 We’ve all heard it a million times: hundreds of science studies have shown vaccines do not cause autism. So vaccines could not possibly be causing autism, in this or any alternate universe.

We also know hundreds of thousands of parents worldwide say their children had bad reactions to vaccines, after which they disappeared into their own world, getting a diagnosis of autism spectrum disorder (ASD) some time later.

This article is a tutorial on looking at the validity of claims made by both the Australian and United States governments that vaccines do not cause autism. If this interests you, buckle up and let’s get going!… [Read More]