Response from the deputy leader of voteflux.org: Flux isn’t a party like most others. We don’t have any policies outside of parliament (and thus have no direct policies on vaccines). The purpose of Flux is to introduce better decision making systems into Parliament.
Flux is a platform to connect people and communities to the real political power they need to help Australia have the best policy we can. We use an internal voting system available to all Australian voters, and our Senators represent this vote as accurately as possible in parliament.
Flux uses a system called Issue Based Direct Democracy. The idea is that we let Australians self-organise around the issues they feel most passionately about. Voters can have more of a say in some issues by giving up the ability to have a say in others.
To see what this means for the AVN, let me give you an example showing the difference between direct democracy and issue based direct democracy:
Under a direct democratic system, your tens of thousands of members would only have the same number of votes, a small proportion of all votes.
Under issue based direct democracy, if your members wanted to forgo voting on some issues, they could move their ‘political capital’ over to more important issues, such as those around vaccines. This means their voices could be amplified, and instead of having tens of thousands of votes they could have hundreds of thousands (or more).
Flux is in early stages right now, but if we’re successful in the upcoming election we’ll be in a position to empower communities like the AVN to have more of a say on the things that matter to you.
Please let me know if you’d like more information.
Follow up email from the deputy leader:
We’re producing an explainer video currently that goes a long way to making it easier to understand (visuals really help!). If you’d like I can send that through to you when it’s done? That should only be in a day or two.
We’re hoping to help empower communities like the AVN in the future. Particularly, we’d like regular voters to be able to choose organisations like yours to represent them instead of regular old politicians. Leading up to the election, we’re planning on approaching a lot of communities to give them the same pitch: real political power. To make this as easy as possible on our end (we’re a small dedicated team) we’re going to put together packs, particularly for this purpose, so I’ll send that through when I can. It’ll have a lot more detail as to how Flux and the AVN can work together.
Correspondence from the Party founder (9/5/16)
We will releas

e our 2016 Policy Document later this week
One of the policies is to stop mandatory vaccination and for a Government investigation into the danger of current vaccines
Also see our news site:
www.ANRnews.com
We focus heavily on the vaccination debate and you will find many  articles here re the vaccination debate
The Newsite has just overtaken Fairfax Media’s AFR Newsite with over 700,000 readers for month of March
We appreciate anyone contributing to the vaccine debate as it is a very important issue

It will be published at Www.anrnews.com
And also at our party site www.21stcenturyaustralia.com.au

There are several other parent’s impact statements which were going to be published tonight, but we felt it important that this story, below, be on its own. It tells a very important tale – of what can happen when governments set out to abuse and discriminate against their own citizens.

Whilst vaccinations, in and of themselves, are known to cause death and permanent injury, the government, in conjunction with the media and the pharmaceutical industry, is leading to the deaths of an unknown number of children and the permanent injury of entire families through its policies. We MUST stand together for the sake of all Australians. How this vaccination legislation has impacted me, both physically and psychologically.

“Women as oppressed people act out of necessity, not out of choice.”

Today, I buried the remains of my baby that never was, which had begun growing inside of me 7 short weeks ago…. [Read More] Our two girls are 16 and 18 and I was sent a letter from Centrelink, asking them to catch up on 18 years of shots to be up to date with the Immunisation Schedule.

“If your children have missed vaccinations on the National Immunisation Program early childhood vaccination schedule, you will need to talk to your vaccination provider (including general Practitioners) and commence a suitable catch-up schedule for their age.

Children aged under 10 can be vaccinated for free by vaccination providers under the Australian Government’s Immunise Australia Program.

For a limited time, if Bethany and Melanie have missed vaccinations on the National Immunisation Program early childhood vaccination schedule, you can vaccinate them for free after consulting with your vaccination provider.

You need to take this letter with you and show it to your vaccination provider to be eligible.

To assist your vaccination provider in determining a suitable catch-up schedule  for your child, please take a copy of your child’s immunisation history ( I do not have a history  – as none of my 12 children were ever vaccinated ) statement with you as well.

You may incur a cost for the consultation with your vaccination provider.”

So Centrelink have been instructed to make this “No Jab, no Pay “ law retrospective by 18 years !  Is that legal? I have never heard of a new law being backdated 18 years – surely it should be from now on – the date they passed the legislation?… [Read More]

As you probably already know, the NSW Health Care Complaints Commission (HCCC) spent more than a year and a great deal of taxpayer funds investigating the Australian Vaccination Network in 2009 / 2010. This resulted in their being told by the Supreme Court that they had acted illegally and did not have the jurisdiction to investigate our organisation.

Fast forward to 2014 and the AVN is once again facing a lengthy ‘investigation’ and potential public warning by the HCCC. In the the interim, parliament granted the HCCC new powers, so that it can now file its own complaints, investigate them and then, make a judgement based on their own investigation. As a result, a new complaint was recently received by the AVN. I will be trying to analyse many of the incorrect statements made in this publication, but since there is so much that is wrong here, it will be an ongoing project – not done overnight. I will also be asking researchers in the fields of health and medicine to critique many of the claims contained within this booklet. After all, just because an organisation is backed by the government does not mean that they are correct…. [Read More] Why can’t we have this sort of balanced reporting by Australian media?

What is wrong with our journalists that they are consistently one-sided on this issue?

How can we have a conversation about such an important issue if one side is always suppressed or denigrated? And they are NOT declining to vaccinate because of anything that an organisation like the AVN is doing. Instead, their lack of trust is due to the untrustworthy way in which vaccinations have been promoted and ‘sold’ to the public and the obvious problems such as the fake Swine Flu pandemic and the huge upsurge in whooping cough despite high levels of vaccination…. [Read More] 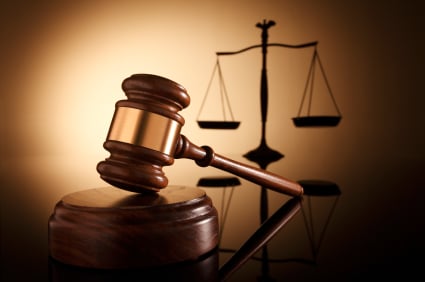 The first thing you need to know is that in Australia, vaccination is not compulsory. It doesn’t matter what your doctor, school principal, mother in law or neighbour say – no school, preschool, childcare centre or playgroup is legally allowed to discriminate against a child because of their vaccination status.

Secondly, whether you vaccinate fully, selectively or not at all, you will not lose any government entitlements including the new $726 Family Tax Benefit Part A Supplement announced by the Federal Government in July 2011.

In order to get the Tax Benefit Supplement and the Childcare Allowance (the only 2 payments currently linked with vaccination compliance) if you don’t fully vaccinate, you will need to get either a GP or a clinic sister who is able to administer vaccines – in other words, anyone who has an immunisation provider number – to sign a Conscientious or Medical Objection form…. [Read More]