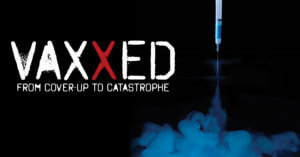 About the VaxXed movement

VaxXed is a film about corruption at a USA health authority, the CDC, regarding vaccine safety. However VaxXed is more than a film, it has become a movement.

US activists bought a bus to travel around the US, mainly to visit screenings of VaxXed, and they videoed people telling their vaccine injury stories everywhere they went. These stories became the subject of a sequel to VaxXed, VaxXedII-The People’s Truth. Now the AVN has a bus to travel around Australia recording stories of vaccinated and unvaccinated children.

In 2013, biologist Dr. Brian Hooker received a call from a Senior Scientist at the U.S. Centers for Disease Control and Prevention (CDC) who led the agency’s 2004 study on the Measles-Mumps-Rubella (MMR) vaccine and its link to autism.

The scientist, Dr. William Thompson, confessed that the CDC had omitted crucial data in their final report that revealed a causal relationship between the MMR vaccine and autism.

On the AVN Blog

See news and information about VaxXed, VaxXedII-The People’s Truth, and our very own Australian VaxXedII bus in our blog posts on the following page: VaxXed articles

Go to the following page on this website about screenings in Australia: VaxXed

Visit the film’s website: VaxXed: From Coverup To Catastrophe

Also visit the following website to see vaccine injury stories recorded by the US VaxXed bus and VaxXed team: VaxXed.com