Dossier of Attacks on the AVN 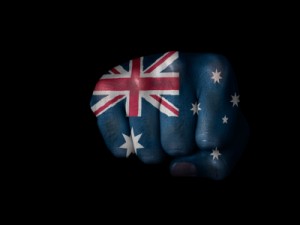 Is the Australian government complicit in the bullying and harassment of community groups who oppose government policies?

For over three years, two groups – the Australian Skeptics and their off-shoot, Stop the AVN – have been trying to force the Australian Vaccination Network to close.

The attacks from these groups and some of their individual members have been occurring on a daily basis. We believe that most people who consider themselves to be members of either or both of these organisations have no idea what the leadership of these groups have been involved with. Most of those who belong to Stop the AVN and the Australian Skeptics are parents just like us and they would not want to be involved with or supporting an organisation that treats other parents – especially the parents of children sickened or killed by vaccines – in this way.

In addition, most supporters of the AVN would only know a little bit about the activities of these other organisations. They need to be aware of the forces being brought to bear to take away their right to freedom of health choice and the methods used to restrict their access to information.Without this awareness and without their involvement in the protection of their families against this attack, our rights will soon be gone – that is the ultimate goal of those who are involved in the harassment.

The AVN believes that it is time to stop the personal attacks and start the actual investigation into the benefits and risks of vaccines. It is time to stop the suppression of information and bring about a cooperative effort to discover what makes our children healthy and what makes them sick; why so many of our kids and young adults are suffering with chronic conditions and whether over-vaccination and too many pharmaceutical drugs has anything to do with that.

A change in tactics – a more open approach

To date, the AVN has only released information about these attacks intermittently and even then, only when there was a good reason to do so. Now however, we have decided to expose the criminal activities of these organisations and individuals by publishing a selection of their defamation, lies, threats, bullying and harassment on these pages. As you can no doubt imagine, the information we have gathered comprises thousands of screenshots, letters, and phone calls as well as correspondence to and from certain media outlets and government departments. It would be impossible to publish it all, but we will do our best to present a representative sampling of this information to give you an idea of the lengths to which these individuals can and will go as well as the viciousness of their assaults against parents who have made a decision not to vaccinate.

For easy access to this library of information (which will be updated on a regular basis as new attacks occur and also as older information is uploaded to these pages), we have split this page into several sub-categories. Please click on the links below to read and view more about these topics:

If you or the organisation you are involved with have been the victim of attacks by these groups and would like to share your story (your anonymity will be protected if you request this), please send your story by email to [email protected] It is shocking that legal and government authorities including the police and the federal police have turned a blind eye to these lawbreakers. Perhaps by publicising these attacks and by joining together with others who have also been the victim of attacks by this ‘mob’ of abusers, we can stop them before someone ends up getting seriously hurt or even killed. We will include your stories in the category below:

Those who are guilty of this sort of cyberbullying and abuse should be aware that, due to the recent internet assaults against Charlotte Dawson, the following statement has been issued and would most definitely apply to you and those who enable your behaviour:

Mr Gallacher said that “even a cursory examination of the comments made to Ms Dawson overnight reveals they are clearly offensive to a reasonable person, which is the test for any prosecution under Section 474.17 of the Commonwealth Criminal Code Act”.

That section refers to use of a “carriage service” to menace, harass or offend, with a maximum three-year jail term.

“The online world is not above the law,” Professor Fraser said.
Read more: https://www.news.com.au/technology/charlotte-dawson-twitter-attack-sparks-call-for-changes-to-laws-against-cyber-bullying/story-e6frfro0-1226461962215#ixzz254i36go9