Below is a list of blog posts featuring the AVN's news and activities.

As you probably already know, the NSW Health Care Complaints Commission (HCCC) spent more than a year and a great deal of taxpayer funds investigating the Australian Vaccination Network in 2009 / 2010. This resulted in their being told by the Supreme Court that they had acted illegally and did not have the jurisdiction to investigate our organisation.

Fast forward to 2014 and the AVN is once again facing a lengthy ‘investigation’ and potential public warning by the HCCC. In the the interim, parliament granted the HCCC new powers, so that it can now file its own complaints, investigate them and then, make a judgement based on their own investigation. As a result, a new complaint was recently received by the AVN. As many of you would have seen, the NSW Department of Fair Trading has announced that they want the Australian Vaccination Network (AVN) to change its name because of concern from within the community.

Yet in their response to the media, the only one who complained was the Australian Medical Association – an industry lobby group who obviously feels threatened by the idea that parents might choose not to vaccinate – costing them money. Is this not anti-competitive behaviour on the part of a government department?

Should government bodies really be cooperating so closely with those who hold strong vested interests in opposition to the interests of the public – interests which they are supposedly meant to protect?

The Department’s open cooperation with the AMA is analogous to them responding to complaints by mining companies about Greenpeace’s name. After all, Greenpeace is not green, nor do they go around looking for peace, therefore, would the Department tell them to change their name too? How about the Cancer Council? Couldn’t someone be misled into thinking that they are FOR cancer? And the Department of Health? Don’t get me started! The Department of Ill-Health would be more accurate in my opinion…. [Read More]

Dan Buzzard is a SAVN member from Western Australia who blogs, Tweets and posts many message on Facebook which are both derogatory and threatening about the AVN and its President, Meryl Dorey. Below is a selection of some of these items.

If you don’t know what a goatse image is, we didn’t either. Do a Google search but do not click on the links – just read the description or you will be shocked.

In response to the page on this website regarding Daniel Raffaele’s harassment of the AVN, Buzzard had this to say:

This is indeed a human issue, which is why the AVN needs to be attacked and brought down in any way possible. I look forward to the day when anti-vaxxers are shunned and driven out of the community they threaten.

Perhaps there needs to be a national anti-vaxxer register, much like a sex offender register. So that communities can know if anti-vaxxers are living nearby…. [Read More]

As we have said on another page of this website, Daniel Raffaele is the ‘creator’ of the Stop the AVN Facebook page. Over the last 3 years, he has issues many threats against Meryl Dorey – some veiled – some not to veiled. Below are a selection of several of these. There are many more which may be added as time allows.

Those who are guilty of this sort of cyberbullying and abuse should be aware that, due to the recent internet assaults against Charlotte Dawson, the following statement has been issued and would most definitely apply to you and those who enable your behaviour:… [Read More]

A page was started on Facebook about 12 months ago by someone who was motivated to do something to help the AVN and its members find a safe place to discuss the issues of vaccination.

The page creator made it a closed site so only members who had been approved could post messages or read the information on the page. Unfortunately, several members of Stop the AVN infiltrated and, while the administrator was unaware of what was happening, played havoc with the list. Be warned that the language that follows is extremely graphic.

Those who are guilty of this sort of cyberbullying and abuse should be aware that, due to the recent internet assaults against Charlotte Dawson, the following statement has been issued and would most definitely apply to you and those who enable your behaviour:… [Read More]

Since being vindicated by the NSW Supreme Court on the 24th of February and subsequently having our authority to fundraise reinstated on the 18th of April this year, the AVN has been the subject of no less then four separate government investigations.

The Health Care Complaints Commission received a 90-page complaint by Ken McLeod – member of Stop the AVN and a man whose obsession with me seems to border on the psychotic.

McLeod filed the original complaint, resulting in a 12-month ‘investigation’ by the HCCC and a public warning – both of which were later deemed to be illegal by the NSW Supreme Court…. [Read More] 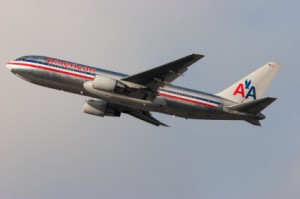 The AVN hopes that this will make listeners aware of just some of the issues surrounding the vaccination debate and encourage them to ask questions and become better informed about this vital subject…. [Read More] Our children. Is there anything we wouldn’t do for them?

These little bundles of gorgeousness obsess, charm and scare the daylights out of us! Every little thing they do is a miracle. Watching them discover the wonders around them can keep us entranced for hours at a time.

But every sneeze, fever and rash has the capacity to frighten us as nothing else can. We lose hours of sleep waking when they wake and then, hours more worrying about them.

Wanting happy, healthy, intelligent children is the ultimate goal for all parents. Whether you are a parent who uses mainstream medical treatments, natural therapies or a combination of the two, there are certain choices you will need to make from the day of your child’s birth through to adulthood.