Please print out copies of this flyer and distribute. Also send messages of your objections and concerns to the MP’s listed on the flyer as they hold to power to change the passage of this draconian legislation.

The upper house will debate the bill in Parliament in three weeks and unless something is done it is likely to pass with the approval of Samantha Ratnam, Fiona Patten and Andy Meddick, who were involved in negotiations over the legislation.

We are deeply concerned about the Public Health and Wellbeing Amendment (Pandemic Management) Bill 2021 (Bill). The overriding concern is that the Bill, if passed, may allow the Victorian government effectively to rule the State of Victoria by decree for the foreseeable future, without proper Parliamentary oversight or the usual checks and balances on executive power. We call on the Parliament to amend the Bill or vote against it.

At last there are influential voices speaking out:

However because Fair Work Commission (FWC) Deputy president Lyndall Dean last month likened vaccination mandates to “medical apartheid and segregation” saying that the concept is “the antithesis of our democratic way of life and everything we value”, she is now barred from hearing workplace vaccination matters and will be excluded from full bench work until she completes training.

The US Food and Drug Administration (FDA) on Tuesday recommended the Pfizer-BioNTech Covid vaccine for children aged five to 11 – the first vaccine available for younger children in the US. 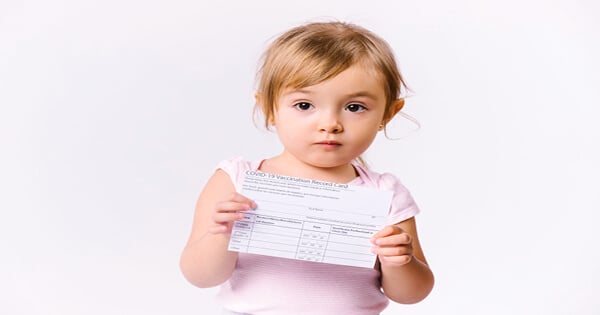 In an earlier article this week

Children’s Health Defense (CHD) today said it will take legal action against the U.S. Food and Drug Administration (FDA) if the agency grants Emergency Use Authorization (EUA) for the Pfizer-BioNTech SARS-CoV-2 vaccine for children aged 5-11.

“CHD will seek to hold you accountable for recklessly endangering this population with a product that has little efficacy but which may put them, without warning, at risk of many adverse health consequences, including heart damage, stroke, and other thrombotic events and reproductive harms.” The regulator TGA approves Pfizer booster for 18 and up

It was just two weeks to flatten the curve

This is where we are. When will enough of us SAY NO? The TGA has found 9 reports of death that were linked to immunisation from 629 death reports received and reviewed. We know that only 1-10 % of adverse events are ever reported so the reactions and deaths are likely to be far worse than the TGA is reporting.

Their analysis of Australian data indicates there is a higher-than-expected number of cases of myocarditis in vaccinated compared to unvaccinated individuals for Comirnaty (Pfizer).

Most of the patients with myocarditis experienced symptoms within 3 days of vaccination. Around half were admitted to hospital for treatment and of those most were discharged within 4 days.

Cases of Guillain-Barre Syndrome, Immune thrombocytopenia (ITP) and Thrombosis with thrombocytopenia syndrome (TTS) continue to affect the vaccinated but there is no sign that the rollout will be stopped.

“The world is engaged in the largest clinical trial, the largest global vaccination trial ever, and we will have enormous amounts of data.”- Greg hunt

If you are refused entry Fight back with phone calls and pens…

Here is how to defeat the passports.

1. If you are kicked out of an establishment, restaurant, school, etc document it.

3. Make a complaint and get a file number.

4. Use that file number and make a statement.

5. The human rights commission will serve them papers.

6. The place that rejected you will think they can win in court.

7. The judge will force them to pay because the human rights commission will remind them no business private or public can discriminate against anyone based on religion, race and yes any health reasons because it is illegal.

8. Everyone will overwhelm the places that they will also fight against the passports by allowing everyone inside and not turning anyone away.

They will have to pay for breaking the law, and they will not be able to handle more than 1 case at a time.

No protesting needed. No boycotting.

There are many systems in place but no education on them.

If you truly want to be free and not feel like a victim then do these steps and share this. While we want to achieve the highest rate of vaccination possible, it will not be compulsory to have the vaccine. The commonwealth is clear that vaccination is a personal choice…

If this is the case why are the States doing indirectly what the Commonwealth cannot do directly?  In respect of this the following question still remains unanswered, Can States law regulate trading corporations contrary to Commonwealth industrial laws and force companies to impose vaccination indirectly by prohibiting unvaccinated employees from entering the workplace?

Great show as usual this week