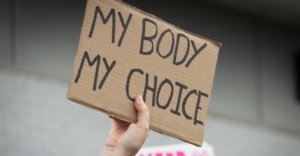 Victorians are in the fight of their lives. This page will bring together as much up-to-date information as we can find. Please keep checking back and it is urgent that we all take the actions requested. Even if you don’t live in Victoria, if freedom falls there, it will fall everywhere!

According to the latest information, “Both Stuart Grimley and Tania Maxwell from Derryn Hinch’s Justice Party are the 2 votes that are needed to extend the 6-month state of emergency by 12 additional months in the Upper House. There are already 19 of the 21 votes required.

Currently, both Tania and Stuart are in a meeting deciding which way they will vote. Apparently, Stuart has received 102 emails in the last hour asking not to side with Dan Andrews and agree to the extension. We need to make this 1,000 an hour. Please click the links above to write to them. A quick message is all that is needed. Just ask them to vote against the extension of emergency powers.

Shared from The Australian Freedom Keepers , vicfreedomkeepers and Tay’s Way:

Victorian Premier, @danandrewsmp, announced plans to amend the Public Health and Wellbeing Act to extend the current State of Emergency for a further 12 months.
.
This is a dangerous precedent to give one person so much power, especially with his record over the last 6 months.
.
We understand how concerned our community is on this matter. It is imperative that your voice is heard, and we encourage as many people as we can to write to Daniel Andrews, Jill Hennessy (Attorney General), and your Local MP, with these concerns.
.
We have a link in profile to help you in this matter, or please reach out so we can connect you with community to support you in this process.
.
Your voice matters. Be part of the change you wish to see in this world This just in: Liberal Nationals to oppose State of Emergency power grab by Andrews 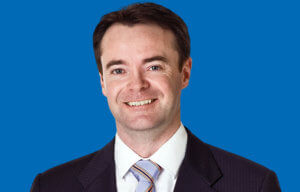 Government’s attempt to extend State of Emergency powers for a further 12 months.

The State of Emergency vests enormous power with the Premier and a small number of unelected officials with very little oversight and accountability – proven in recent months with the effective shutdown of the Legislative Assembly.

The State of Emergency is the legal framework under which the current wide-ranging restrictions on people’s lives and livelihoods including restrictions on leaving your own home, business closures, travel bans, quarantine arrangements and curfews are made.

Throughout the COVID-19 pandemic, the Andrews Labor Government has been extending the State of Emergency in four-week blocks. However, the law states that there is a maximum six-month limit on a declaration of a State of Emergency, which is due to expire on 16 September 2020.

The reason why a declaration of a State of Emergency is strictly time-limited is clear – because such massive government powers over the lives of Victorians must not be open-ended.

No government should write itself a blank cheque for such extraordinary powers over Victorians’ lives and livelihoods. Oversight and accountability are paramount.

Any ongoing laws required to protect Victorians throughout the pandemic should be regularly brought through the Parliament.

The Liberal Nationals will always stand for Victorians’ rights and freedoms in the face of government overreach.