Dr Matthias Rath – A speech to hear and share! 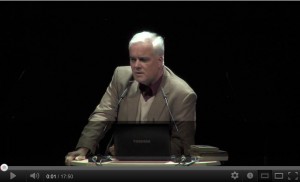 We are living in a time of change.
The status quo fights against this change.
If you have any questions, go to https://www.wiki-rath.org/

At a Cancer Free World conference in Berlin, Germany, on 13th March 2012, Dr. Rath called on the people of Germany and Europe to take responsibility for building a democratic Europe for the People and by the People.

Describing how widely available scientific research on natural remedies already makes it clear that the incidence of common diseases can now be reduced to a fraction of their current occurrence, he explained how the building of a new global health care system, based on the prevention and elimination of diseases, is now possible.

Dr. Rath stressed, however, that this stunning “world without disease” will not be handed to us on a plate, because each disease represents a billion dollar market for the Pharma Cartel and its political stakeholders in the Brussels EU politburo. As such, if we want to create a world without disease for us and our children, we must all act now.

On November 13, 2007, the Polish city of Auschwitz, the location of the former Nazi concentration camp Auschwitz, was the site of a historic event.

In this city — the place where the greatest crimes against humanity in recent history were committed — there emerged the plan for a new Europe. Taking into account both the role of the Oil and Drug Cartel behind WWII and the crimes committed at Auschwitz, the concentration camp survivors raised their moral voice once again — for perhaps the final time — to call for a “Europe for the People, by the People”.
https://www.eu-referendum.org/english/petitions/europe_for_the_people_info.html .

Additionally, they handed the “Relay of Life” award to Dr. Rath and the Foundation with the mandate to help carry the message “Never again!” to the next generation.

Dr. Rath’s reception speech, given upon accepting the award, is documented here: https://www.relay-of-life.org/speech/speech.html